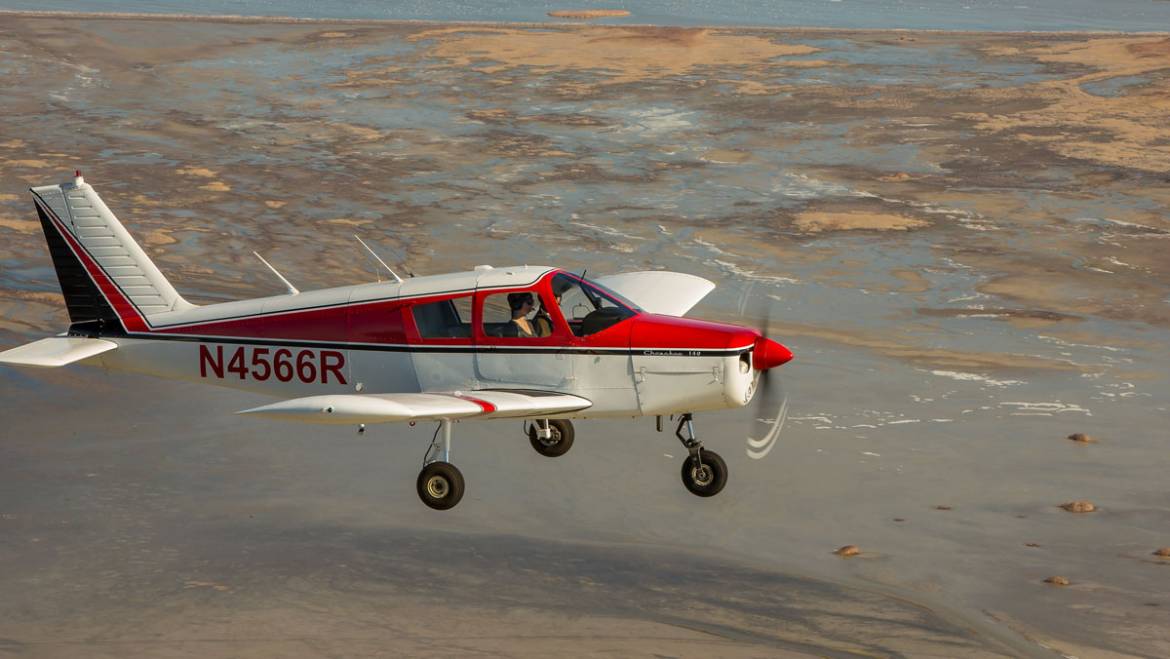 You Could Have a Career in Aviation With One of the many available Pilot Jobs in Nevada, and around the nation.

Becoming a pilot is one of the most rewarding decisions you can make; one that will affect every day of your life from your first solo flight to the day you hang up your wings. Many private pilots fly only for fun, or for charity (as we’ll discuss in a later article), but there are dozens of interesting careers in aviation. There is a significant pilot shortage in the world, especially in the United States, so there are plenty of pilot jobs in Nevada and across the nation. Here, we’ll discuss some of the pilot jobs out there for fixed-wing pilots in the world today!

One of the most common pilot jobs people think of is flying an airliner. Piloting one of those gigantic jets from state to state and country to country is a dream of many people, and the airlines are in desperate need of pilots and co-pilots. That being said, the road to becoming an ATP (Airline Transport Pilot) is a long and difficult one, but worth it. Airline pilots make, on average, over $100,000 a year, and the job market is expecting at least a 5% growth in the future1. If you’re interested in becoming an ATP, click here to read about the requirements!

If you love flying and love to teach, you might want to become a CFI. There is also a shortage of CFI’s in the world of aviation, due in part to many aging pilots and CFIs retiring from the field. CFIs shape students into good pilots and leaving a lasting impact on them. Sharing aviation with others through teaching is a noble goal, but the pay isn’t bad either! Most CFI’s make around $75 an hour (over $64,000 a year) flying with students2. You can make even more as a CFI by increasing your ratings and gaining the experience needed to instruct pilots on tailwheel, high performance/complex, upset training, instrument ratings, and much more! Additionally, you can make over $600 a day by becoming a FAA Designated Pilot Examiner and performing check-rides and oral exams on prospective pilots.

Jump pilots are in very high demand right now, all across the country. As a jump pilot, you’ll need an intimate understanding of wind and weather conditions, and the ability to hold the aircraft level at a certain altitude with minimal variation. Usually, pilots work as jump pilots to earn additional income, and not as a career, but depending on how busy your location is, you can make $300 a week or more3! 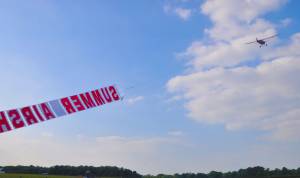 Becoming a tow pilot is a generally low-key pilot job with pretty good pay. Most tow pilots make anywhere between $15-50 an hour and work nearly full-time with fairly consistent hours4. In some cases, you can get a job at an advertising agency, or be hired on by the company itself and tow their banners over events and busy tourist locations. Tow pilots will likely be more successful finding a job in busier areas, such as large cities or busy vacation destinations, in which case the work may be seasonal. You’ll be flying all by yourself for 7-8 hours a day, so if you need a lot of social interaction, this job may not be for you.

Flying cargo across the world can be exciting, as well as a lot of hard work. As a cargo pilot, you may be flying large or small aircraft carrying all sorts of goods, mail, or freight for companies like FedEx, UPS or DHL, or some airlines. Generally, these cargo companies require some experience flying commercially, but you can start in a regional position making $22,000 a year off the bat. By the time you’re finished moving up the ranks, you could be making over $300,000 a year5! Many cargo pilots, regardless of freight or aircraft, will fly late at night or early in the morning to get their goods where they need to go. Another bonus is that cargo pilots may fly trips for a couple weeks at a time, and then have the rest of the month off. If you don’t mind long hours, you’ll be rewarded with a lot of vacation time.

Charter Pilots make a very healthy living flying passengers who have enough money to avoid flying on the airlines. These pilots can either fly their own aircraft or be hired to fly a company or personal aircraft. As a charter pilot, you’ll generally be flying businessmen or well-off families in a large, high-performance aircraft like a Pilatus PC-12, Citation, or Gulfstream from place to place. However, there are some unique situations in which smaller planes are used, such as chartering tourists from island to island in Hawaii, or to camping locations in Alaska you can only reach by air. Either way, you’ll get to travel and get paid well to fly! Entry-level charter pilots and co-pilots are usually paid a salary nearly $60,000 a year, which may include bonuses if asked to fly on weekends or holidays6. By the time you have a few years of experience under your belt, you could be making well over $100,000 a year!

Becoming an airshow performer is another can of worms completely. Though the potential is there to make a lot of money, airshow pilots usually struggle for up to a decade making little-to-nothing as they work for the attention of sponsors. Let’s just say that if you break even at the end of the season (owning and operating an aerobatic plane, traveling from show to show, and other costs add up), you’re considered to be doing very well for yourself. If you’re interested in flying airshows for fun or as a small supplemental income, I say go for it! Kirby Chambliss owns a mansion and a dozen airplanes as a full-time airshow performer, so if you’ve got the right stuff, you could end up fabulously wealthy too.

Aerial tours are the best way to see beautiful destinations! Though the aerial tour pilot industry is primarily hiring helicopter pilots, there are some fun exceptions that would allow pilots to fly all different types of fixed-wing aircraft. If you’re less interested in sight-seeing or talking to tourists, you can fly historic military aircraft for organizations like the Commemorative Air Force, or any number of aircraft museums. Another option is flying classic aircraft converted to floatplanes to give tourists an aerial and aquatic adventure they’ll never forget, like the Currier’s Flying Service in Massachusetts. There are other options, such as biplane aerial tours (always popular- biplanes are awesome!) which would allow you to fly fun aircraft over stunning landscapes. These pilots usually get a daily rate plus any tips.

There are significant pros and cons to becoming an aerial firefighter. 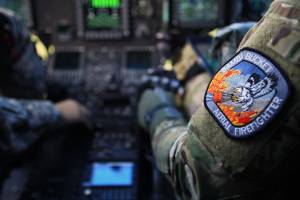 Chinook Captain, taken by the California National Guard, used under license CC BY 2.0

You can make a ton of money and work only 1/3 of the year, and get the rest of the year off, but when you are working, its long days, 6 days a week in dangerous situations. If you’re on duty, you can be called to a fire halfway across the country at a moment’s notice, so many firefighter pilots feel as though they live out of their airplanes. Aerial firefighters tend to work only in the summer and can make $48,000 starting out (with enough experience)8.

Becoming an ag pilot is a rewarding pilot job that gets you up early and requires a lot of hard work. The days are long, but the money is good. Ag pilots fly modified aircraft over large areas of fields to disperse seeds, pesticides, and more in a more efficient manner than by hand or tractor. As an ag pilot, you’ll be flying over the fields by the time the sun rises, and because the work is by acre, not hour, you just fly until it’s done (which could be that night!). Starting out, you might make around $25k, but with enough experience, you can earn $100,000 a year- or more7. You need more than just knowledge and experience flying, however; you have to know the plants and chemicals you’re working with as well.

Many modern photographers hire pilots to fly them around for a variety of aerial photo or video shoots. This could range from flying in formation with another aircraft which could be the subject of a marketing video for Pilatus or Piper or flying low over remarkable stone formations for a nature documentary. For this type of freelance work, you’ll charge the client a fee which covers the expenses of the airplane and your time as a pilot. This is another pilot job that works well as supplemental income because you can make a ton of money in a relatively short amount of time, but the job opportunities aren’t always around.

If you want experience flying aircraft people don’t even know exist, you should become an experimental test pilot! The military is the largest employer of test pilots, but civilian aviation manufacturers and aerospace companies need them as well. Most often, you’ll need to have a background in engineering, math, or science, as well as very good physical health. You’ll then attend Test Pilot School, and start earning the big bucks! Median salary for test pilots is over $100,000, and you’re making a significant difference in the world of aviation safety9.

So, you really liked the section in your private pilot training about meteorology, huh? ART’s, or Air Reserve Technicians, are pilots who get up close and personal with the weather to inform and predict weather services. Full-time salaries can be $30,000 to $70,000 per year. These pilots have to be very confident with the controls and flying in adverse conditions because their crewmembers have to get close enough to storms to drop equipment that provides more accurate readings of whether the weather conditions are going to get better or worse10. Naturally, this can be a dangerous job, but if you’re passionate about flying and weather, it might be for you! 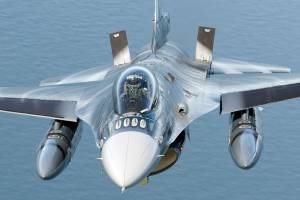 The military (across all branches) offers so many opportunities to work as a pilot. Most famously, there are the Blue Angels and Thunderbirds, but there are dozens of other pilot jobs as well. In the military, you can fly jobs like the weather reconnaissance pilots described above, fly as a fighter pilot to defend US airspace, fly as a courier pilot to transport troops and gear, fly bombers, refuel other aircraft mid-air, conduct air surveillance, and much, much more. If you have a bachelor’s degree in math or science and experience as a pilot, the military could definitely use you!

Final Thoughts on Pilot Jobs in Nevada and Around the Nation

These are some of the many varied positions available to pilots across the United States. No matter your interest and experience level, there are pilot jobs in Nevada and across the nation for you. There is a severe pilot shortage in the world right now, and more than ever airlines and the military are offering scholarships and free training programs to get the pilots they need. The opportunities are endless, so if you want to make a career out of your love of flight, start today!

Featured image of our Piper Cherokee taken by the talented Jim Hoddenbach of Disciples of Flight.