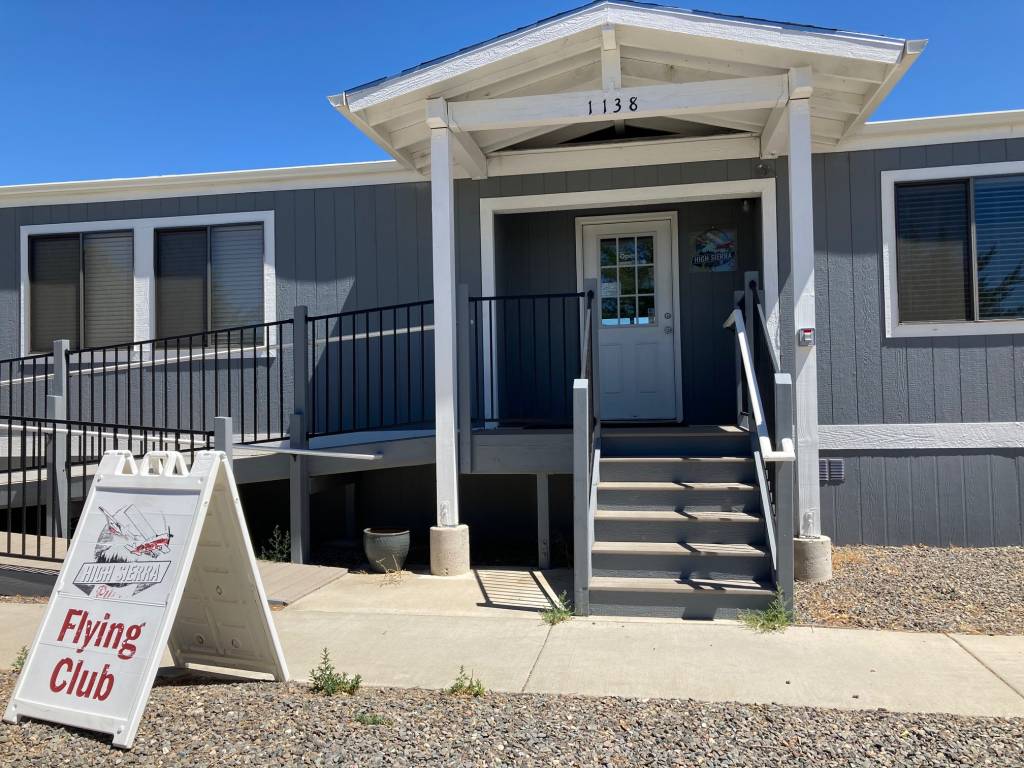 The mission of the High Sierra Pilots Flying Club is to have at least one aircraft for each of the primary missions in general aviation: Training, Cross-Country, back-country, and aerobatic.

As pilots, we are often trying to compromise on what aircraft we can own or have access to based on, economics and on the mission we fly most.  If 80% of your flying is cross-country trips then even though you LOVE flying into the backcountry, landing on a dirt or grass strip and camping, you just can’t financially justify owning two airplanes or just owning the backcountry airplane for only 20% of the flying you do.

It’s our mission in the club to provide our members the opportunity to have access to all of the primary missions in flying.  We believe that pilots become better, safer, aviators when these opportunities are available, as well as the individual pilot’s enjoyment levels, increasing exponentially.

So HSP has set goals that for every ten members we gain in the club, we acquire another aircraft that moves us closer to that goal.  That being said we are always open to leasebacks from current owners who are looking to lower the cost of owning their airplane by sharing it with a Flying Club.

If you are an aircraft owner and interested in our leaseback options then give us a shout: 800.278.1634  or email: info@highsierrapilots.club 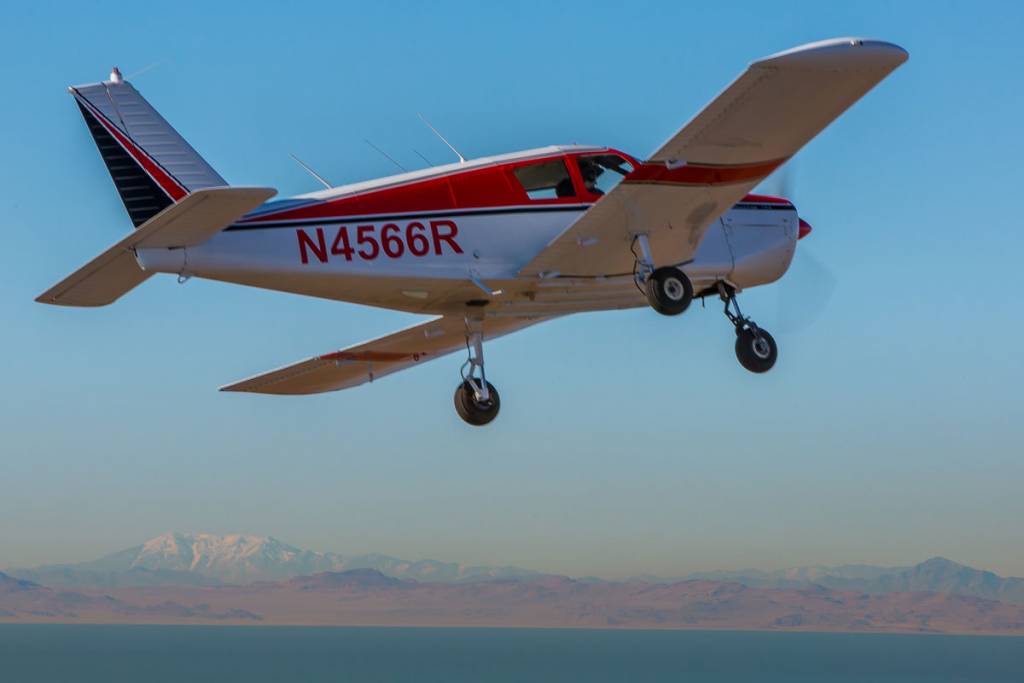 …with the 161 HP Lycombing D2A (factory built) and upgraded with a Powerflow Exhaust system this aircraft is rated at 185 HP  and a nice IFR package.  This airplane was our first in the club and has been a wonderful performer for students and seasoned pilots alike.

If you are looking for a trainer or an inexpensive and comfortable cross-country airplane to take a friend and or loved one in then 66R is it! 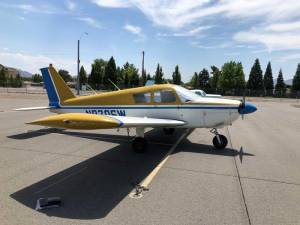 The latest addition to our family, the 180 Hp Cherokee C, offers excellent flight training and cross-country experiences.  This airplane has a cruise prop on it to give it more speed in cruise and a larger cabin for comfortable, fast, and affordable flying.

The 180 HP Lycoming engine performs well at our altitude and over the mountains.  Like most of the PA-28 aircraft, this one is a dreamboat to land.  It has toe breaks on the pilot side and a hand brake, dual KX155 radios, and ADS-B out.  If you are looking to learn to fly do some IFR work or just travel this airplane is a good choice. 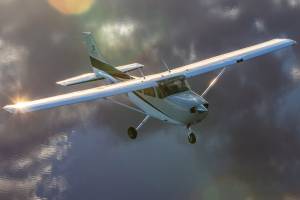 The High Sierra Pilots has added a high-wing Cessna 172N to the mix with a modern glass cockpit.

More and more our members were requesting glass panel aircraft to train in and what better than a beautiful C172!

Equipped with the upgraded 180hp engine this aircraft is ideal for IFR and Private pilot training, as well as a comfortable aircraft, to take on a cross-country trip. 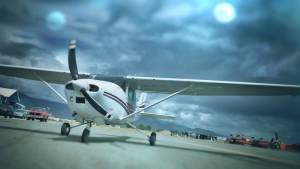 With a brand new engine, our 230 HP Cessna 182 is a real treat to fly.  You can learn to fly in this airplane, you can take three passengers on cross country flights, you can easily climb up over the mountains and site see around the lake.  The Cessna 182 is such a great airplane it’s still in production today.  Join the club and enjoy flying one of the most popular aircraft in the world. 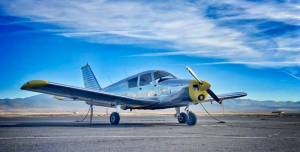 An awesome Cherokee with the 160 HP upgrade and a nice IFR package.  This airplane was our first in the club and has been a wonderful performer for students and seasoned pilots alike.

If you are looking for a trainer or an inexpensive and comfortable cross-country airplane to take a friend and or loved one in then 14WR is it! 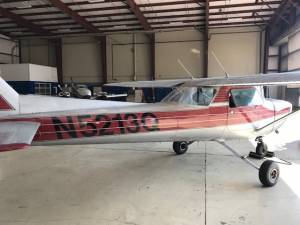 An awesome C150 with the 150 HP Lycoming O-320 upgrade.  This airplane has plenty of power.  Burning a cool 6.5 gallons per hour this is the least expensive aircraft to fly in the club.  If you are looking to learn or just to build time, this aircraft should be one you look at seriously. 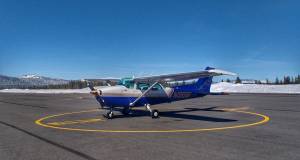 This is a very special 172 to fly.  Modified to perform at altitude with a Pwerflow Exhaust system and a STOL kit the aircraft loves to climb.  Add to that a full glass cockpit, including all engine instruments, this is a wonderful and safe VFR/IFR mountain flier. 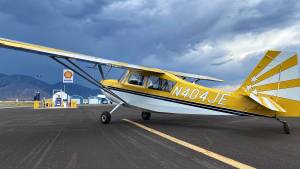 …Super Decathlon is a fully aerobatic tailwheel aircraft with 180 HP.  It’s a two-seat tandem airplane with a beautiful interior and a real treat to fly.  4JE is equipped with a 430w Nav/Com and ADS-B.  (a 1993 8KCAB with the metal spars, not the wood)

If you want your tailwheel rating, upset training, spin training or to learn aerobatics come fly our American Champion. 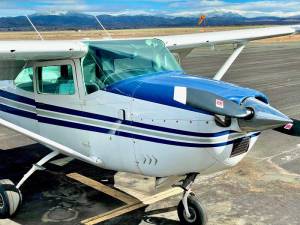 Nicely Equipped with an autopilot and everything you need to go IFR this aircraft is a fast cross country machine!

If you are looking to make friends or family to far-off places and do so comfortably and quickly it’s hard to beat the fuel efficiency and speed of a Cessna R182. 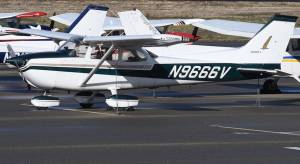 This Cessna 172M is a 180 hp green and white aircraft with a Powerflow High-Performance Exhaust upgrade.  This combination makes it a real performer in both climb and in cruise.  It’s a low-cost 172 with basic instruments and ADS-B out.   Nicknamed “Evil Victor” because of its N# it a popular aircraft for club members to take on CX trips over the mountains. 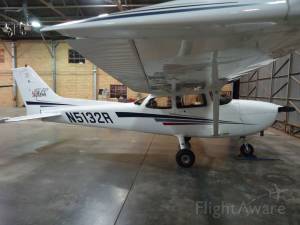 Equipped with a fuel-injected 180 horsepower engine this late model 172 is a wonderful aircraft for learning in the Sierra Nevada mountains.  Equipped with an autopilot this aircraft also makes the cross country flight much less taxing on the pilot and IFR flying a lot more manageable.

If you are looking to learn to fly, get your advanced ratings, or just have a delightful C172 to go places in this aircraft will be at the top of your list! 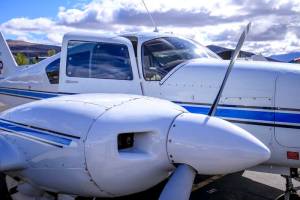 Looking to get your Multi-Engine rating?  Or maybe you are already a pilot and want to take the family on cross-country trips in a nice, roomy, powerful 6-seat twin-engine Aircraft.  Either way, this aircraft is an excellent choice!  Equipped with a STEC autopilot a Garmin 430W and a beautiful interior the Piper Aztec will take you where you want to go in style!